An online video game, Fortnite yesterday released a teaser image officially announcing its partnership with the hit anime and manga series Naruto. This generated a lot of enthusiasm from the players, as this collaboration was long overdue.

According to HYPEX, Naruto is coming to Fortnite on November 16 with a Hidden Leaf Village creative hub.

November is about to be a hectic month for the gaming community and here are 5 exciting games released this month to get your hands on.

Call of Duty: The Vanguard

Call of Duty – Vanguard is the 18th part of the Call of Duty Series, set in the 19th century and a sequel to Call of Duty: WW2. The scenario presents the birth of special forces fighting an emerging threat posed by the Germans. This edition was developed by Sledgehammer Games and published by Activision.

Vanguard’s multiplayer mode also has new updates. It now includes 20 maps in total and Combat Pacing – a feature that gives the player more control over the intensity and density of the main multiplayer game modes.

It also has a caliber system – which brings immersive elements of the destructible and reactive environment to its maps and much more. This edition also features a cooperative Zombie mode which allows round-based survival gameplay and objective-based gameplay.

Similar to the previous main episodes of the COD franchise since 2019, the multiplayer mode is also fully cross-platform. The game is compatible with support for intergenerational games, including eighth generation (Wii U, PS4, Xbox One and Nintendo Switch) and ninth generation (Xbox Series X and PS5) home video consoles.

For any fan of first person adventure and war shooter games, Call of Duty: The Vanguard is the right game for you. Released on November 5, the standard version is currently on the market for $ 59.99. It is available on Microsoft Windows, PS4, PS5, Xbox One, and Xbox X and S series. It garnered many positive reviews with a 4/5 star from Gamesradar.

Football Manager 2022 (FM22) is a Football Management Simulation video game developed by Sports Interactive and published by Sega. For tactical football fans, FM is your game. The game allows users to play the role of a football manager whose tasks will be to buy players, sell players, manage coaching staff and develop the team by winning titles and trophies.

FM22 was released worldwide for Windows and macOS on November 8, 2021 for $ 54.99 with the Xbox version released on Xbox Game Pass. The mobile version for iOS and Android was also released on the same day.

Forza Horizon 5 is a racing video game developed by Playground Games and published by Xbox Game Studios. This means that the game is exclusive to Microsoft and Xbox players. This is the fifth edition of the title and the twelfth main installment in the Forza series.

The setting of the game is a unique representation of the country of Mexico in an open world with diverse and varied landscapes, the runners have to fight in environments close to real life. This edition has the largest map in the entire Forza Horizon series, 50% larger than its predecessor.

Players can explore and drive through the open world, participate in multiplayer races, and complete campaign mode.

This edition is also equipped with a lot of features to improve the multiplayer mode. It features Horizon Arcade – which consists of a series of multiplayer mini-games scattered across the map, EventLab – a tool that allows players to create custom games, races and more based on their preferences, and Forza Link – an assistant. of AI that tracks current player statuses, helping them connect with other players online and play together.

Released on November 9, 2021, Forza Horizon 5 is one of the best racing games on the market available on Microsoft Windows, Xbox One and Xbox X and S series. The standard version currently costs $ 59.99, gamers can also get the deluxe and premium version for $ 79.99 and $ 99.99.

GTA: The Trilogy: The Definitive Edition

GTA: The Trilogy: The Definitive Edition is an action-adventure compilation of three previous editions of the GTA series; Grand Theft Auto III (2001), Grand Theft Auto: Vice City (2002) and Grand Theft Auto: San Andreas (2004). It was developed by Grove Street Games and published by Rockstar Games. All three games are modified with graphical improvements and gameplay upgrades to meet 2021 gaming standards.

The game’s production team focused on maintaining the original look and feel of the games while enhancing the visuals with coloring and lighting effects. The games take place in separate settings: Liberty City, Vice City and San Andreas.

The game is a single player game in which players use different characters to complete various missions involving murders, races and more while living in the city avoiding gang fights and police raids. The GTA franchise is one of the best open world games where players can take on personal missions, learn how to shoot, and visit a strip club!

The Definitive Edition launched digitally on November 11, 2021 for $ 59.99, on Microsoft Windows, Nintendo Switch, PS4, PS5, Xbox One, and Xbox Series X / S. Its release on mobile (Android and iOS devices) is scheduled for the first half of 2022.

Fortnite, a free online battle royale game with numerous play modes for every type of player will now allow Naruto-based characters from the famous Team 7 which includes Naruto, Sasuke, Sakura and Kakashi to appear and fight in a unique Hidden Leaf Village Creative Center.

Developed by Epic Games, Fortnite was nominated for Favorite Video Game at the 2021 Nickelodeons Kids Choice Awards held in Santa Monica, California. Despite the defeat against Among usFortnite still remains one of the most wanted games and that is about to get better with the inclusion of the Naruto fan base.

Players will have access to the new creative Naruto piece, character skins, weapons, and take on mythical villains on a unique Naruto map. Costumes and accessories can be purchased from chests scattered around the map. The Naruto update will be released on November 16 and will be accessible on all gaming platforms – PS4, Xbox, PS5, and Xbox One.

Now that you are here, don’t forget to register to participate in the biggest crypto conference in Africa hosted by Technext. Follow this link to register and more information.

Receive the latest tech news, reviews, business-related content with a deliberate focus on the African narrative and insightful Nigeria analysis – straight to your inbox. 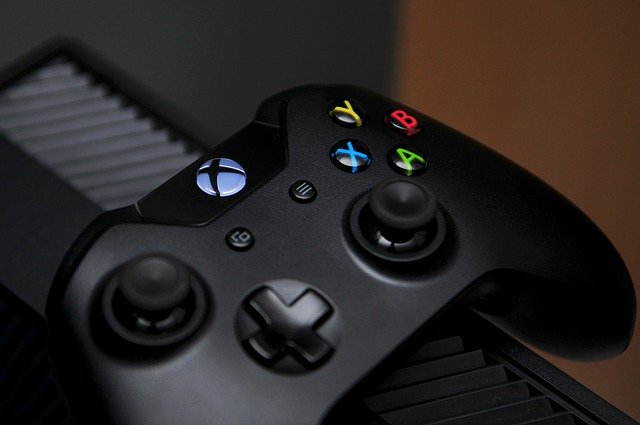 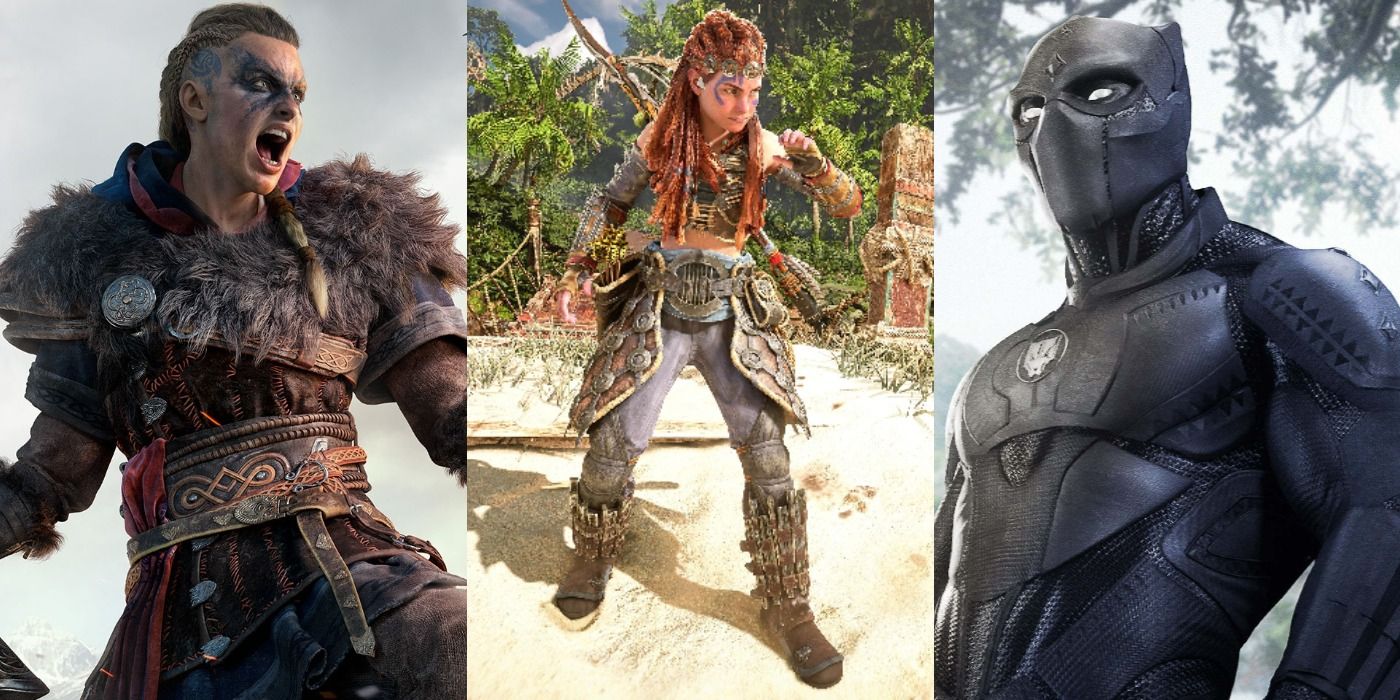 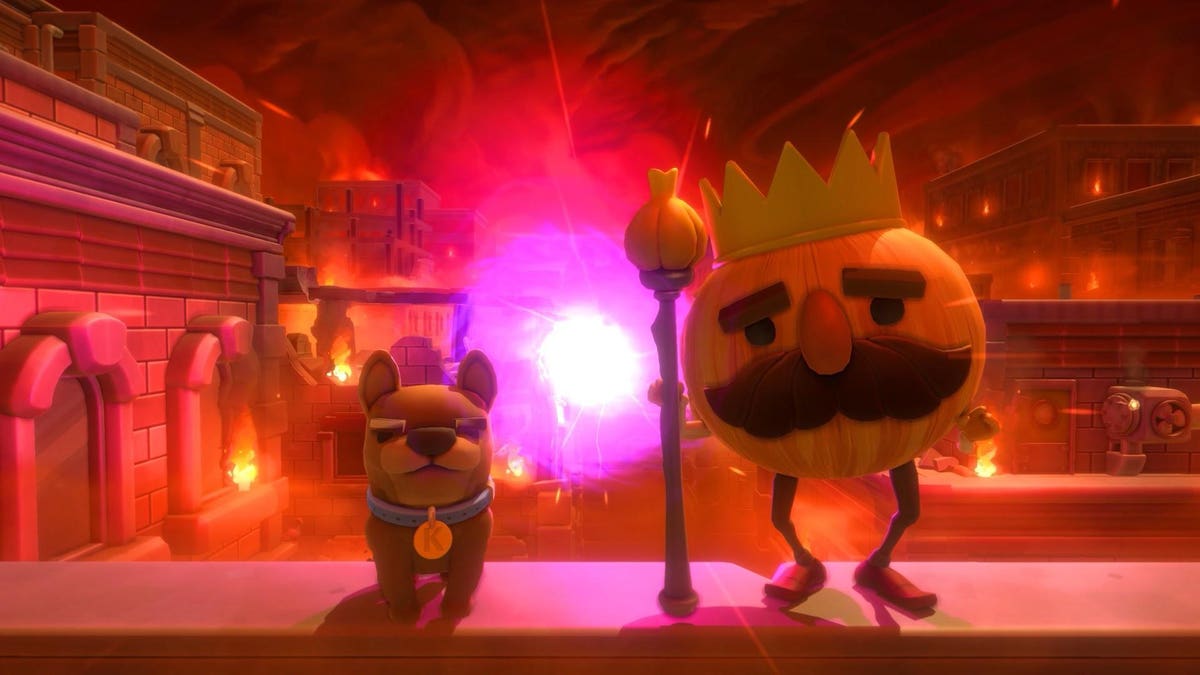 Here are the free Stadia Pro games for September 2022 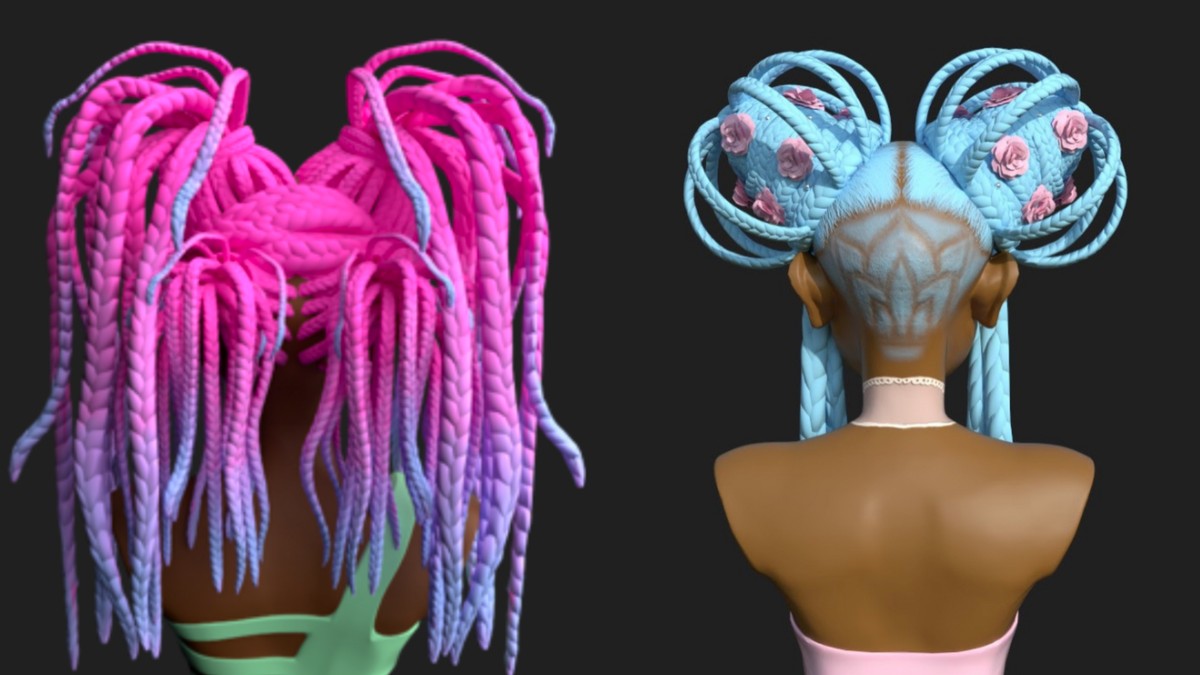 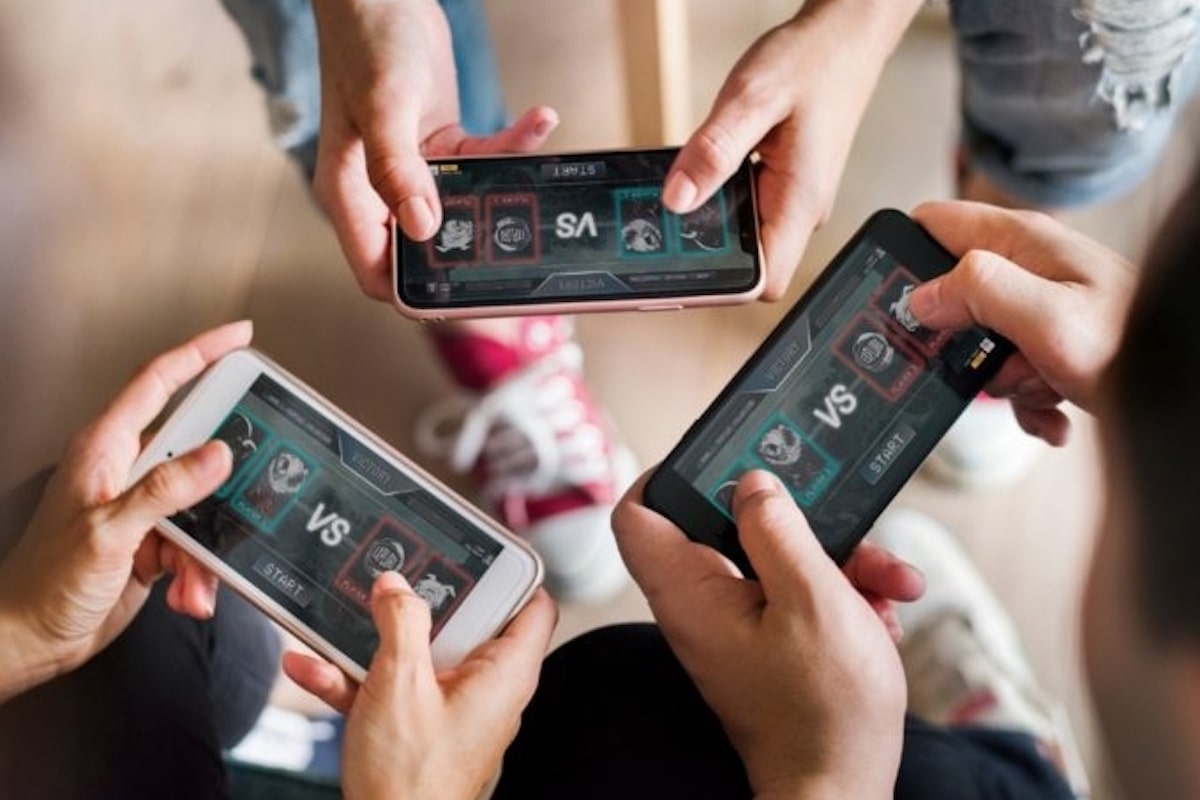 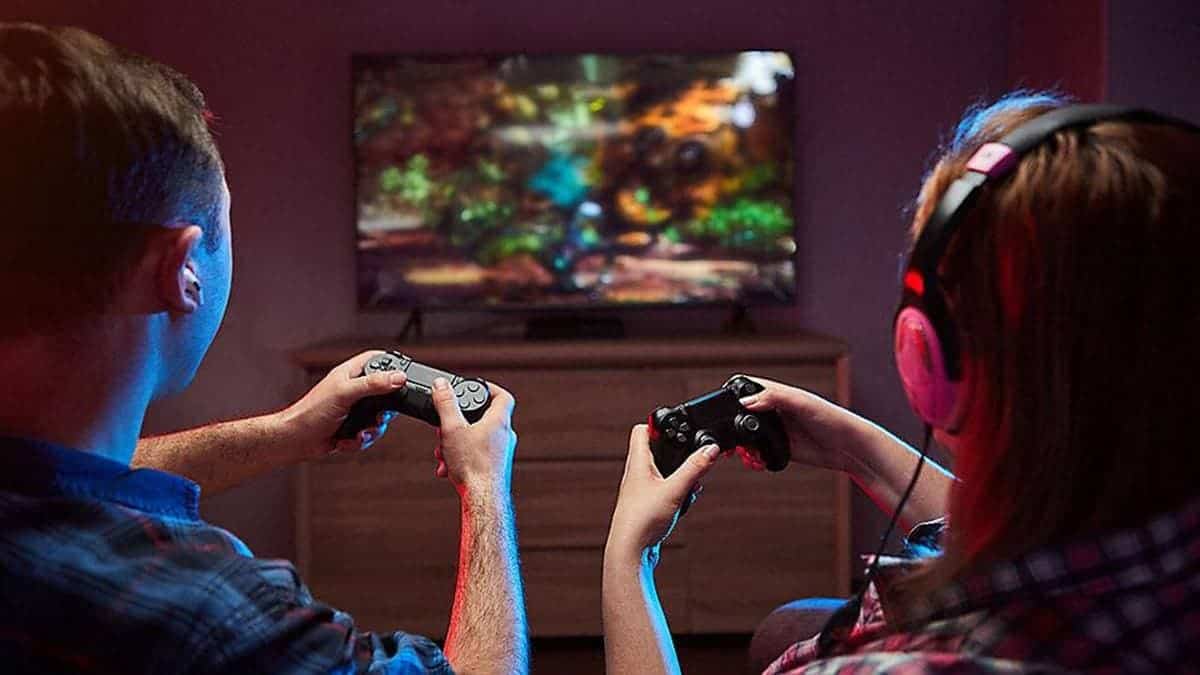